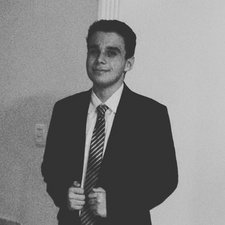 The battery indicator lights are only seen with the MagSafe connected. And the MagSafe light stays green forever. (went orange one time and then returned to green). Without MagSafe, it's 100% dead.

Tried to heat the board, no success. MagSafe charger is 85W, so no problems with lower chargers.

Any ideas on how to solve this issue?

EDIT: the machine doesn't boot up even without the battery (MagSafe only).

So I just got a 60W charger (aftermarket) to test with this MacBook Pro.

The results are "better", on par to what I expected. The machine still doesn't boot, with or without the battery (MagSafe only). However, the 60W MagSafe appears to fix the "death" of the battery indicator lights (finally).

So it starts with a blinking LED for a few seconds, and then "upgrade" to the full LED blinking five times. I didn't receive the battery yet - maybe next week.

Q: MacBooks are able to power on ONLY with the MagSafe power?

Months after my initial question, I decided to take a very deep and closer look on the board to see if I was missing something. Turns out I'm really missing some important topics:

1. The A1278 schematics shows that the ISL6259 is probably the culprit of unbootable MacBook Pro boards. Problem is, my board is MISSING ISL6259 (AKA U7000), so this explains why it doesn't work at all. AFAIK, someone removed the chip and tried to solder it again, but failed miserably. I've already ordered some chips (pack of 5) and I'll let you guys know what happened.

2. I do have PP3V42_G3H, so this explains the green light on the charger, a sign of relief in this dark area.

3. I'm afraid that the TPS51125, at this point, is dead. I'll test more heavily in the upcoming weeks before ordering a pack of them.

Long story short: it seems that, whoever tried to fix this board, removed ISL6259 and couldn't solder it back. It was a really messy board when I got it, with even a wire remaining on a solder pad. I'll return to post result in the upcoming weeks.

To determine what you need for your board, the best idea is head to Louis Rossmann's channel and watch tons of his videos of the same subject. This allowed me to have a closer look into the state of my board and how I could fix it.

Did the Battery end up resolving the issue, or how?

Well! It looks like someone handed you a box of broken china and you've started to put the pieces back together! These are the hardest jobs fixing when a system is so discombobulated.

I try not to get sucked up into these projects as you end up spending a lot of time and parts with no way of knowing if it will come back to life and if you're doing this for a living often won't pay at the end.

I commend you for your doggedness!

Yes, Louis vids can help you as long as you get through the saltiness of his tongue ;-}

Your comment about "pressure" is not consistent with my understanding of the physics and engineering. All of the Apple power supplies provide the same voltage (akin to pressure) how they differ is the maximum amount of electrical current that they CAN supply (and thus the power that they CAN supply) but they all only supply the amount of current and power that is determined by the characteristics of the device they are powering (the MacBook). Similarly, both AAA batteries and big fat D cells are 1.5 volts, and can power 1.5 volt electrical circuits, but the D cell will be able to provide more current at that voltage (if needed). If the device is designed to just take the maximum current that is available (which is actually a HARD thing to design), then yes it might suffer damage with a more powerful supply, but Apple's laptops only take as much current they are designed for (which is a natural consequence of how electricity works) and do not rely on the power supply to provide current protections.

Hey Lucas! That charger may actually be your problem. the 85W charger is meant for 15" or 17" macbooks, and they have the batteries to withstand that pressure. Some 13" batteries end up failing after a while due to the excess charging. In conjunction with your magsafe light staying green, it seems that your battery is no longer accepting a charge. :'(

Changing the battery is comically simple, with the only difficulty being some pesky Tri-wing screws. Otherwise you can find a replacement battery here.

Best of luck with your repair!

As a note, you may also want to get yourself a 60W charger to maximize your new battery's lifespan. :)

Can you give us some background info did you spill something or sit your system down on a wet surface?

Hi everyone. I edited the original post with some new info.