How much would it cost to repair a bent corner? The top right corner is bent and it doesn't close correctly, so the aluminum of the bent part touches the bottom right aluminum. I would like to know the price to fix this minimal damage. 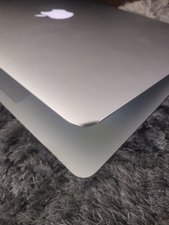 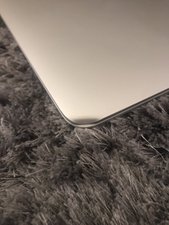 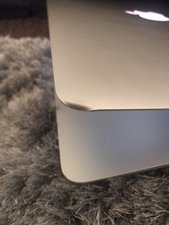 Sadly the MacBook Air displays are hard to open as you would need to remove the glass and LCD screen before even attempting to bend back the corner as you would likely damage them if they aren't already cracked.

Apple didn't make any hardware changes between the 2015 model when it rolled out the 2017 model which technically is only one model which has a different logic board with a newer CPU.

I would just replace the complete lid assembly as it will be a lot better in the end. Here's the IFIXIT guide you'll need to follow: Remplacement de l'écran complet du MacBook Air 13" début 2015 and here's the needed part": MacBook Air 13" (Mid 2013-2017) Display Assembly. The cheapest version is about $400 US.

If you wanted to have someone attempt to reform the lid it will likely cost you around the same. As they would need to take the lid apart.