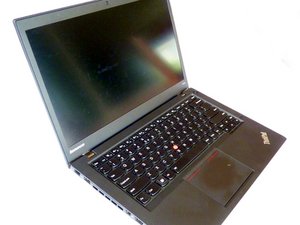 First released in September 2013, the T440S is a lightweight, durable 14" business notebook that shipped with 4th generation Intel processors.

it’s a long shot but know how much knowledge in this community .

I hopp some one cab help me, i am doing a project using a t440s, and have run in to a problem.

I want to change the start button. The OEM is a small one using a 6pin flex cable.

Doses any one know what all the pins are for, and witch one is + and -?

i what to use another button that has 4pins, don’t know how to Connect it.

Here’s an image taken from the Lenovo T440s motherboard schematic which shows the connector wiring to the LED and power button card. (I think).

Even though it shows 8 wires to the connector but only 6 are in use through to the card so perhaps they are the 6 that you mentioned.

I may be wrong about all this but this is the closest that I can find that deals with the power and LED button board in the schematics. You may find it elsewhere in the schematics in case I missed it.

I’m not sure if +ve and -ve are important for the switch, but it would be necessary for the LED light.

Perhaps you could use an Ohmmeter and check the old LED/power button board when it is disconnected from the motherboard and work it out that way.

With the old button board disconnected from the motherboard place the meter’s test leads across the board cable connector pins 6 & 1 and check if the Ohmmeter tests short circuit (or resistive continuity) every time the switch is operated. The same with the LED light. If you connect the Ohmmeter across pins 3 & 5 you should have a low resistance in one direction and if you reverse the test leads a high resistance in the other direction i.e. a diode test.

Hopefully this is of some help.

You are a superhero... Thanks alot this will guide me in the right patch. Thanks you are a true hero