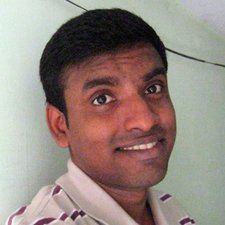 Not Booting and No display

Using the Laptop for more than 6 Hours and suddenly noticed the battery was 1% But the LED light on the MagSafe Adapter is a full Green LED light. As soon as the A/C chord unplugged the system switched off.

I then replaced a good working Battery (B2) (70%) and tried charging. The behavior was same. It was showing Full Green LED Light. Now even after Unplugging A/C it was working well.

After few days, I was trying to Power on, and I heard a strange 3 beep noise when booting.

- I then put back the original battery and tried powering on with A/C (Because the battery has no charge), the Sleep Indicator Light (SIL) flashes for few seconds then the system starts with full fan speed then goes off and comes on again in 1 second. This cycle repeats again when the A/C Power is connected.

I never faced this type of strange issue in my last 10 years of using Macbook Laptops.

I contacted the nearby Technicians and they couldn’t figure out and they suspect something wrong in the Mother board. Can someone please help me to troubleshoot this? 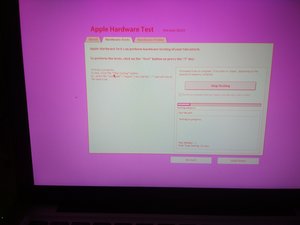 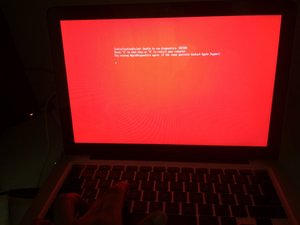 I tried resetting the NVRAM and now system boots and everything works. But the original issue still remains. Battery not charging and magsafe remains 100%.

I addition to this i see a new strange issue the display is pink tinted even before the boot starts. Not sure the previous technician has mishandled or due to climatic conditions.

Boy! You have quite a mess here.

So let’s start off with the charger issue, sadly the logic board has become damaged. The charging logic on it has failed likely caused by using a knockoff charger!

● Don't Replace Your MacBook Charger With a Cheap Knockoff

Using these knockoff chargers over stresses the charging logic so when the battery gets old can push the system to failure. Often replacing the MOSFET’s can bring the system back to life and using a REAL Apple charger! But you still have to replace your battery as well as its worn out!

The next issue here is the 3 beep code that’s a RAM error! Either one of the SO-DIMM’s is bad or the socket connection is failing About Mac startup tones

The last issue is the fan running at high RPM and never starting up fully. This is a symptom of a SMC sensor or CPU failure.

Sadly, at this point I think its time to call it a day as this system needs quite a lot of work to bring back.

Thanks for the details. I used the original charger and i even changed the RAM and there is no difference.