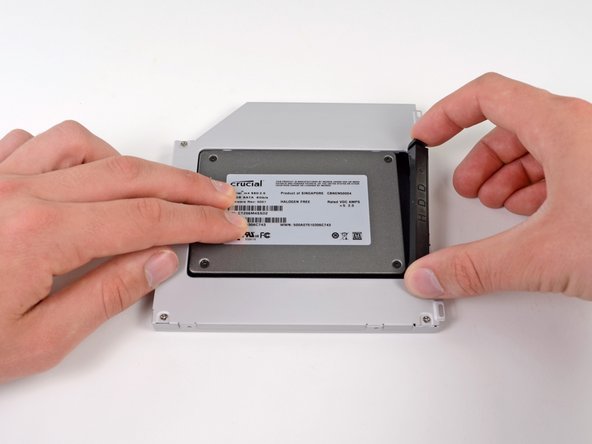 There are many benefits to adding a second hard drive to your laptop such as improved speeds, greater storage space, and less heartache when installing new software. Use this guide to install one using our optical bay hard drive enclosure.

Can someone guide me the best and cheap way to recover the data from my macbook pro late 2011 edition. I have tried to recover and reinstall OSX but failed. Now its time to format the drive and reinstall OSX. But i need to save my full data. Suggestions would be highly appreciated

I've followed this guide twice, step by step, to replace the old HDD with a new SSD, but I just don't see the dual drive appear on my desktop. At first I thought it was because the HDD had needed to be formatted prior; which I did, connecting the optical drive enclosure with the HDD installed in it to another MacBook, then, using Disk Utility to format the drive clean, but no luck either way. I still can't see it on my desktop. Any ideas?

I'll appreciate any help because I was totally into the great idea of the dual hard drive so I went and bought the whole kit from ifixit to perform this swap. I'd really like to see it work.

Thank you very much for this guide. The whole process is easier than expected.

After performing the above scenario, my Macbook Pro is not turning on. Once I'm plugging in the power adapter I can here the clicking sound (approx. every second) and the light on the front edge starts blinking. I've tried many different scenarios, with holding and release power button etc... I've also tried disconnecting and connecting back different parts of the scheme, but result is still the same...

Any ideas what can be the problem here?