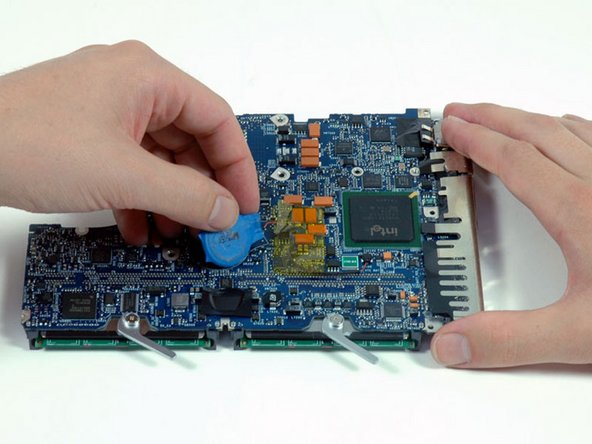 The time and date, as well as other settings, are kept by the PRAM battery when your machine is off. If you feel like you're stuck in the movie Groundhog Day, replace the PRAM battery and finally turn the page of your calendar.

Unfortunately not all A1181s use the replaceable battery - some use a Super-Cap. Certainly mine did, after spending 1/2 hour opening it up and flipper the case over I find no replaceable battery, rather a small device labeled “V C2800” almost under J4501 (HDD). Mine charges up to 2.8V with the AC power adapter hooked up, but quickly discharges to 0.9VDC once power is removed. I shall see if the SuperCap at Digi-Key works better…https://www.digikey.ca/product-detail/en...

Here is discussion on the SuperCap version: Is there no CMOS RAM battery on this model?

mine not use the replaceable battery either