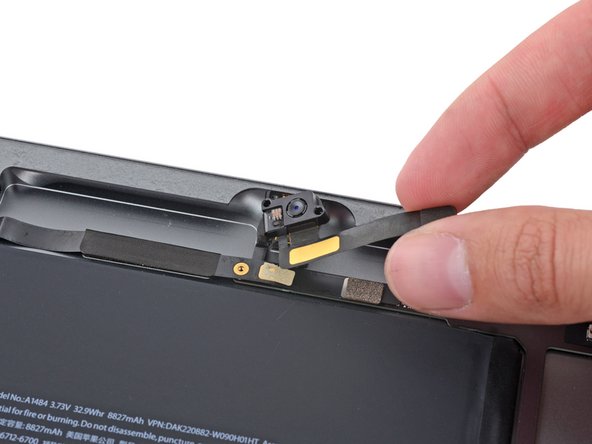 Replace the front-facing camera assembly, including the ambient light sensor.

Be very careful when you isolate the battery using a battery blocker. The battery contacts are easily damaged, resulting in irreversible damage to the logic board. If you choose to complete the guide without isolating the battery, avoid using metal tools except when completely necessary (like when removing screws) to prevent shorting the battery and damaging sensitive circuit components.

If you already have the digitizer taken off, this would be really easy, as you would just have to remove the LCD, and there you go, you can remove the camera and replace it.