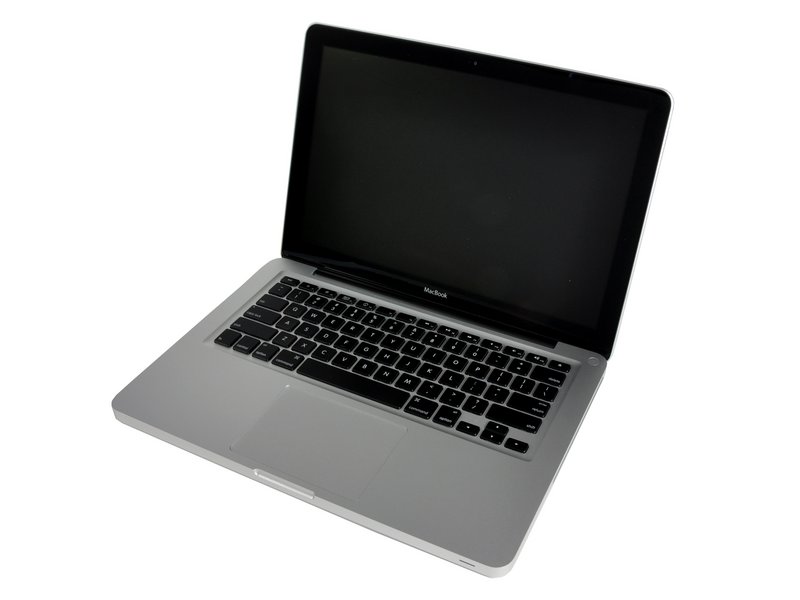 The 13" MacBook Unibody, with a design centered around a case milled from a single brick of aluminum, is a new addition to Apple's MacBook lineup. Troubleshooting is fairly straightforward.

If your computer beeps three times, there is a RAM issue. Either you have insufficient RAM to boot, or the RAM you do have is faulty. First, access the RAM slots and ensure you have RAM installed. If you have two chips, first reseat them and try again. If that doesn't work, try one chip at a time to see if one of the chips prevents the machine from booting. We offer replacement RAM to replace faulty chips. If none of the above methods work, you may have a bad logic board.

If your power adapter is bad, the computer will run off a battery, but it won't charge. If your battery's charge is too low, it will be difficult to diagnose a bad power adapter. The easiest way to test this is to borrow either a battery or power adapter to test in your machine. If you have the same problem with a fully charged battery, you most likely need a new logic board.

If there is no power to the machine and the adapter is known to work, the next course of action is to replace the MagSafe board.

If the fans run at high RPMs, but the computer does not boot, there is probably an issue with the thermal sensors.

If the above steps don't fix your problem, replace the logic board.

Also, 9 beeps on startup indicates a logic board problem. Try contacting your nearest Apple representative to determine if they will fix this problem (be sure to back up your data first!). If not, you must replace the logic board yourself.

Laptop shuts off when I unplug it

As soon as you unplug the computer from a power source, it shuts off

If your battery is dead, the computer will run fine off the power adapter, but will turn off when unplugged. A dead battery can manifest itself in many forms: It may not accept a charge (this particular symptom may also indicate a problem with the logic board), the computer may not recognize the battery, or the battery may be recognized as charged but fail to power your computer when the AC adapter is unplugged. We offer replacement batteries for sale in our parts store.

Try booting off an OS CD. Run Apple's Disk Utility and try to repair the disk. If this fails, reinstall your operating system. If you can, erase the hard drive prior to reinstalling the OS.

This is quite rare. If you have insufficient RAM for your computer to boot the operating system, you may get the flashing question mark. Installing more RAM or downgrading to an older operating system will fix this. OS X 10.5 requires 512 MB RAM, and OS X 10.6 requires 1 GB RAM.

The hard drive may have been erased, corrupted, or damaged. If the hard drive has been erased, format it as HFS+ and reinstall your operating system back onto it. If it is corrupted or damaged, you need to replace it. Failing hard drives can display intermittent data corruption prior to failing completely. They often gradually get louder and start to click. If your hard drive is making abnormal clicking noises but still works, back up your data immediately and replace the hard drive. Any of our 9.5mm SATA hard drives will work in your computer.

My machine boots, but the display remains dark

Symptoms of this are a dark screen, but everything else seems to be running.

If your screen isn't working, the display is most likely to blame. You must then install a replacement display. If this still doesn't solve your problem, you need a new logic board.

If you lose USB or ethernet, the only thing to blame is the logic board. Because there are many components of the logic board, many possible symptoms indicate logic board failure. Any one of these components can fail and leave the others intact. If you lose the use of another component of your computer, such as the display, battery, or even power, and replacing the apparently non-working part didn't fix the problem, it is possible that the logic board may need to be replaced (see above).

I have a Macbook and spilled some liquid on the keyboard, I left it alone a few days and now it won't turn on, Does it have a chance to get repaired??

I have a macbook A1278. It does not switch on, screen remain black. Battery is full (side indicator). But no beep, whatsoever. front led also is not lighting. Please help

Did you ever have this issue fixed. I opened mine to clean the dust inside and out everything back the way it was but it won't turn on.

I have a macbook a1278 that when using the screen has distortion or interference appearing up the middle of the screen. however when booting up this is not present. So im sure that its not the screen at fault. Any ideas?