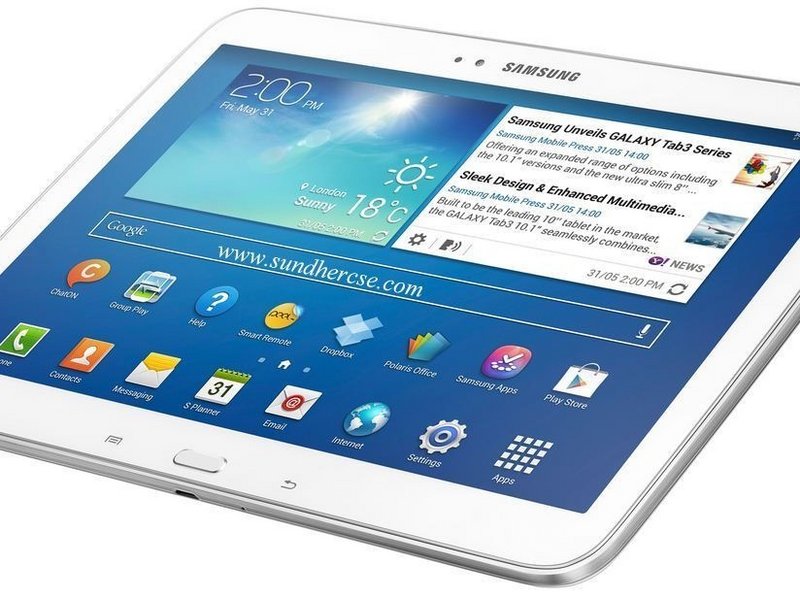 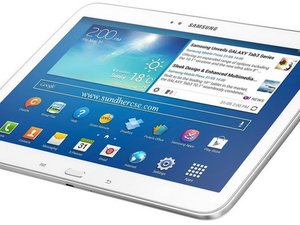 Your Tablet Will Not Turn On

Device Doesn't Have Enough Power To Turn On

If your tablet doesn't turn on, you should check that your tablet was correctly charged. To do this, charge the tablet for one hour using the factory charger. Make sure the charger remains connected the entire time. Seeing a charging symbol will confirm that charger remained intact. After an hour, remove the tablet from the charger and attempt to turn it on. If This doesn't fix the problem, you could have a battery that doesn't hold its charge.

If your tablet won't turn on after removing the tablet from the charger, then you might have a battery incapable of holding its charge. To make sure this is or is not the case, connect and charge the device for one hour using the factory charger. You should see a charging symbol on your screen during this time. Disconnect the charger and attempt to turn in on by holding the power button for 15-20 seconds. Repeat this step a few times. If nothing is resolved, replacement of the battery is suggested.

Sound Not Being Played Out Of Headphone Jack Or Connected Auxiliary Cord.

Lack of sound through the internal speaker or auxiliary cord could be because of your SD card. The first thing you should try it to remove the SD card and re-insert it. If this doesn't work, take out the SD card and restart the tablet. Once the tablet is turned on music should play out the headphones or speakers. Then re-insert the SD card.

If you have a Sandisk SD card you should replace it. These SD cards are known for having problems with Samsung Tablets.

If your tablet is unable to play sound through the internal speaker or the auxiliary cord, your settings could be wrong. The best way to reset your settings is by doing a reset to factory settings.

Doing this, will cause all apps and other items to be deleted

Tablet Does Not Connect To Internet And Cannot Load Webpage/Apps

If the Wi-Fi isn't connecting, It could be either your tablet unable to connect to the Wi-Fi or your router unable to send the signal to the device. To ensure it isn't the tablet, you should first make sure that your settings allow for connection of Wi-Fi. You do this by going to Settings>Connections. You must make sure that the Wi-Fi allowance button is turned on. If your router does not appear, tab the Refresh Button or the Scan Button. If the router still doesn't appear, your router might not be sending out a signal. Go to your router and make sure power is on. If that is not the issue, you should reset the router yourself or have someone for your internet provider complete the task.

Your Device may indicate the that you are connected to Wi-Fi but your Apps and Webpages are not loading. The first thing you should do is make sure that your router is able to provide the connection required. Your service provider should be able to determine that for you. After you have confirmed it is not a service problem, go to the Connections tab in your tablet's settings. Under the data usage, ensure that the mobile data box is checked. At this point you should go check your apps and webpages. If the webpage does not load, go back to data usage settings. Below The mobile data is limit mobile data usage. If it is checked, scroll down to the data usage graph. There will be a red line indicating the limit of your mobile data usage. If the graph is at the red line, you have reached your mobile data cap. Unchecked the “limit mobile data usage” tab and check to see if the webpage loads.

WARNING: GOING OVER YOUR DATA USAGE COULD CAUSE OVERAGES ON YOUR BILL

Certain Inputs Are Not Responding

If your volume inputs aren't responding, it is likely that your buttons could be stuck in position. If you can see that the button is stuck in an up or down position, try to free it from that state. You may have to open up the case to free it from that state. If the button is freed from its position and persists to not work, there may be a connection problem between the button and the motherboard

Nothing Happens When Attempting To Take A Picture

If either of your cameras aren't working, it could be that there Cameras are broken. Replacement of these cameras will be required.

It could be that the reason behind your faulty camera is a software problem. Your software could be corrupted. Try re-installing the operating system according to the manufacturer's specifications.

If the previous options have not fixed your device, it could be that your mother board is faulty and is in need of replacement.

My tab 3 can not detect sattelites

So it’s an issue the battery is fully charged I did a reset it drained battery out I recharged it shows only the full battery when I hit the home button, the power and volumes do not respond…the screen shows my finger strokes but won’t go to home page…

Help? Any way to make this work?