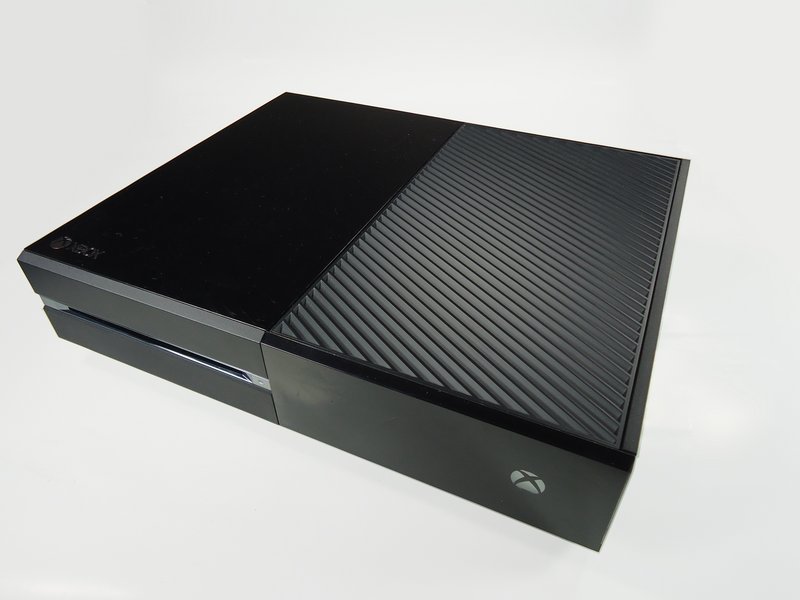 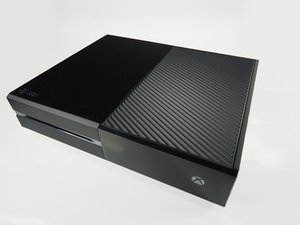 Xbox One will not turn on

The front status light stays dark, and/or the Xbox One will not power up.

Device not plugged in

Check to make sure that the power supply is plugged into a power outlet and that the other end is properly plugged into the Xbox One.

If your device is still not turning on, try plugging directly into a different power outlet, not through a surge protector.

If the power supply light is on but your device still does not turn on, then the motherboard may be the problem. If it is, you may need to replace the motherboard.

If you’re still having trouble, visit the Xbox One Won’t Turn On wiki for more information.

The drive is making a clicking or grinding noise or not taking the disk.

If the disc drive is clicking or making grinding noises then it is bad and should be replaced.

Television screen not displaying anything

Xbox One is on but the television screen is still blank, static, or blue.

If the HDMI cable is plugged into the correct port but the television still does not display, the HDMI cable may be the problem and you should replace the cable.

If the cable works but the television does not display then the Xbox One may be configured incorrectly. You need to reset your display settings:

2. Press and hold the Xbox button for five seconds to turn off the console.

3. Press and hold both the Xbox button and the eject button until you hear a beep from the console.

Note: This will make the Xbox display in the lowest resolution. If you wish to change the resolution, follow the steps under the "TV not at best resolution" troubleshooting option.

If the Xbox still does not connect to the television then the TV may be the problem.

Xbox One not connecting to the internet

Xbox One says that it can't connect or continually loses connection.

If the console does not connect to the internet then your router may be the problem. Follow the factory directions to reset or power cycle your router. A general method of resetting a router is to:

1. Shut down your devices.

2. Turn off the modem, then the router and unplug the power cables.

4. Plug the power cords back in but do not turn them on.

5. Turn on your modem and wait for the lights to stabilize.

6. Switch on the router and wait for the lights to stabilize.

7. Turn your devices back on and check for internet connection.

Reconnect at a different time

If your device still does not connect after power-cycling the router, try reconnecting to the internet in 1-2 hours.

If the Xbox still does not connect to the internet, you should do a hard reset:

1. While the Xbox is on, press and hold the power button for five seconds and the console will power down.

2. Wait 30 seconds then press the power button to turn the device back on.

3. Try to reconnect to the internet.

If the Xbox still does not connect to the internet, you may have a bad wifi board and you may need to replace the Wi-Fi board.

TV not at best resolution

Television isn't displaying in 720p or says that the settings are incorrect.

If your TV is displaying the Xbox screen, but not at the best resolution, then your Xbox may be configured to the incorrect settings. To fix this you need to adjust your display settings:

1. Press the Xbox button on the controller to reach the Home screen.

2. Press the Menu button and select the Settings option.

4. Choose the appropriate display and picture settings for your TV.

Console powers down in the middle of a game or shortly after turning on.

If your Xbox turns off unexpectedly after a period of inactivity you may need to adjust the settings so that it does not turn off automatically:

1. Turn the console on and press the Xbox button on the controller to reach the Home screen.

3. Select Power & startup then Turn off after.

4. Select your preferred period of inactivity before the console automatically powers down.

If your Xbox still turns off unexpectedly then it may be improperly ventilated. If you receive a message saying that the console is getting improper ventilation then you should:

1. Turn off the console.

3. Move the console to a well-ventilated location.

A well-ventilated location is one where there are no objects on, under or right next to the console. Ensure that all of the vents are clear and have good air flow.

If your console turns off unexpectedly during use or inactivity, the power outlet may be bad or the power cord could be plugged in incorrectly. Try plugging the supply directly into a different outlet, not through a surge protector and check that the cord is properly plugged into the outlet and the console.

For further information and possible solutions, see the Xbox One Turns Itself Off wiki.

Disk will not come out of the disk drive or is stuck partway out.

If your Xbox One will not eject the disc in the drive then you can manually eject it using a standard paper clip:

1. Power down the console and disconnect the power cord and any other cables connected to it.

3. Locate the yellow sticker behind the vents on the left side of the console. The sticker is close to the front of the Xbox near the disc drive.

4. Locate the eject hole next to the yellow sticker and insert the paper clip into it.

5. The disc should pop out of the drive slightly and you can pull it out the rest of the way with your hand.

Make sure that the disc isn't dirty or sticky and does not have a label that will prevent it from ejecting from the console again in the future.

If the console frequently does not eject discs properly and you have checked that the discs are clean and should eject properly, then there may be an issue with your disc drive and you can replace the disc drive.

Wireless controller not connecting or not maintaining connection

Console says your controller is not connected or is not responding to controller commands.

3. Your wireless controller will function as a wired controller when it is plugged into the console with a USB-to-micro-USB cable. It can also be used in this capacity without batteries or a battery pack in the controller.

Controller out of range

Xbox One controllers are designed to operate within 30 feet (9.1 meters) of the console. Be sure that you are within this range while trying to use your controller or the controller may lose connection.

Note: Other factors such as walls or wireless interference may also affect this range.

Check to see if there is another wireless device nearby such as a cordless phone or wireless router, or if there are metallic objects such as shelves in between the console and the controller. These objects may cause interference with the controller's wireless connection to the console.

Too many controllers are connected to the console

If there are already eight controllers connected to the Xbox One then you will not be able to connect an additional controller.

If the controller still does not connect to the Xbox One then you should do a hard reset:

1. While the Xbox is on, press and hold the power button for five seconds and the console will power down.

2. Wait 30 seconds then press the power button to turn the device back on.

3. Check to see if the controller connects to the console.

If the controller still does not connect then you can try to connect it to the console again:

1. Turn on both the Xbox One and the wireless controller.

2. Hold down the wireless connect button on the top of the controller until the Xbox button flashes.

3. Release the button then hold it down again. The light on the controller should stay on, indicating a connection to the console.

If a specific controller still does not connect, but others successfully connect to the console, then you may need to replace your controller.

If you cannot connect any controllers to your Xbox One then the Xbox hardware may be the issue and you can replace the Wifi board.

Fan is completely silent or making a harsh grinding noise.

If the fan does not run when the Xbox One is turned on then it is defective and should be replaced.

You are a genius! Thank you I have been pulling my hair out trying to get my xbox one working upstairs to use on spare tv temp.TYSM.

Thank you so much you rule

No picture of Xbox on TV. Have tried everything, even the 'eject' thing. Still no picture. Turned it on and off, still no picture. Xbox appears to be on with usual white ball light on front. Please help

I am going through the same thing

im having the same issue