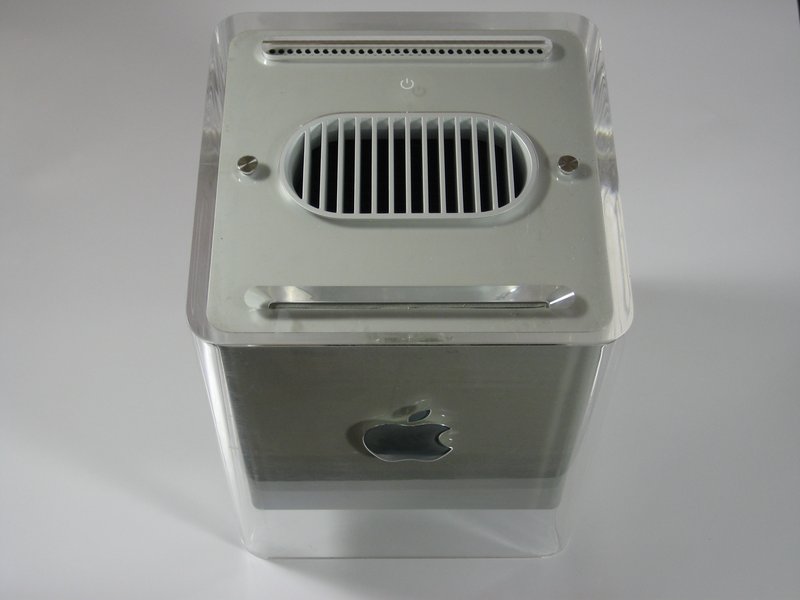 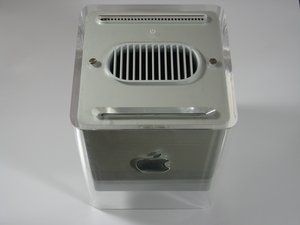 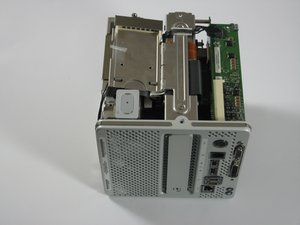 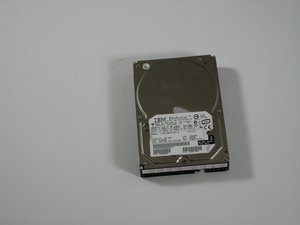 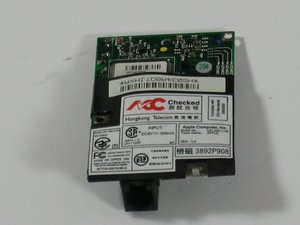 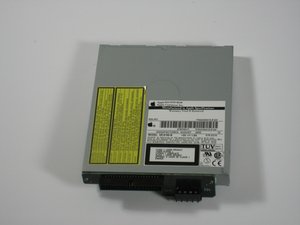 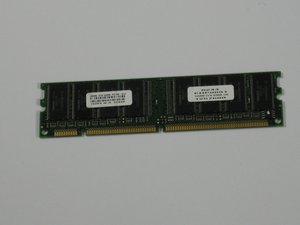 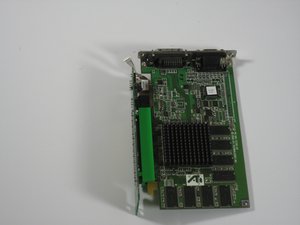 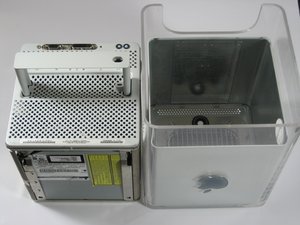 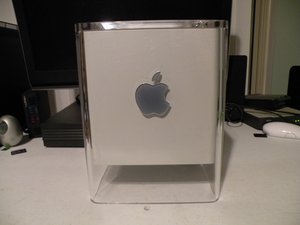 The infamous Powermac G4 Cube, Apple's original failed attempt at a compact G4-based Macintosh. Released in 2000 at a cost of $1599, the cube was considered too expensive compared to full-size PowerMac G4s. Unlike most other computers, the Cube used passive cooling, with no fans. This was seen as a mistake on Apple's part, because G4 processors run very hot. However, overheated CPUs are a rare problem with stock hardware, a fan is a necessary addition with any third party CPU-upgrades.

The Cube boasted a 450MHz or 500Mhz G4 CPU, wich was faster than entry-level PowerMac G4s of the same year. While this clock rate is significantly lower than the competing intel chipsets of the time (1.3 Ghz Pentium 4 at the high end), the Cube's G4 featured an AltiVec module and a more efficient architecture (RISC vs CISC), making the PowerPC chip faster than an Intel CPU running at the same clock speed.

Thanks to its passive cooling, the Cube was virtually silent—except for the original 5400 RPM hard drive. After one year of production, Apple put the Cube "On Ice."

The Cube is also a popular candidate for MacQuariums. It has an internal fan hookup, but isn't used by Apple. You can buy a fan and connect it to the 12V 2-pin connector, and find somewhere to put it in the Cube. This is a popular mod to cool overheating Cubes.

You can cost-effectively upgrade a number of components in the PowerMac Cube.