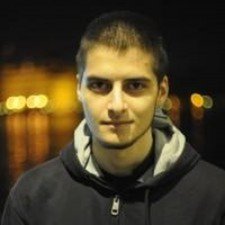 rMBP throttling due to heat. Replaced TIM, no avail..

Hi guys. When I noticed my macbook is throttling and took it to the apple store for service, the genius told me that it'll cost me around 1100 USD (not living in europe/US, I cant remember the exact conversion) to replace the Logic Board. I was still under applecare (8-9 days left back then) but he just insisted it on it'll cost me because i was a cigarette smoker and I probably messed up the Logic Board, so it's not covered anymore. I couldn't give the macbook to them since I had some projects to finish and I didn't have the money back then.

After a few months, I bought myself some screwdrivers from ifixit and opened the macbook pro to replace the thermal paste since it's out of warranty. It only helped 2-3 degrees while on load and the throttling was still severe. (Turbo is off in bootcamp, First the CPU throttles itself to the minimal amount, then the GPU clocks start to fluctuate between minimum and medium..)

I'm sure that this is a thermal problem because when I open the windows on these cold days, the throttling "almost" disappears completely. I can run the AIDA64 stress test (GPU&CPU) for 10-15 minutes without any throttling. Only the GPU backs itself from 900 mhz to somewhere around 800.

I'd like to get some advices on what could be the problem here.

Is my macbook's heatpipe active (vapor cooled)? Can it somehow got ruptured and let the vapor/liquid out?

Could this actually be a problem with the logicboard or is Apple trying to f me over?

I see my fans are working at their full capacity in monitoring programs (5940 on the left, 5499 on the right). Do fans actually spin at this RPM or does my mac report the speeds only based on the voltage input of my fans?

Lastly, I also powered off my mac just after a stress test to see if the heatpipes are actually hot; the immediate locations of the CPU and GPU were hot but the area next to the fans (where the fins are located) are cool. Does that show that my fans are working correctly, or my heatsink is not performing at all?

I'd be gladly happy if you could help me with those questions and I appreciate the time you spend on looking on this issue. I can provide more details about my temps and other stuff if it helps. I don't want to give Apple lot's of money if it's just a minor problem. And lastly, excuse me if I sound rude or unclear in some parts since english is not my native language. I'd gladly help to clarify any points that I'm not clear at.

Have a nice day and thanks again

sorry about not providing enough details. I use Yosemite + bootcamp win7.

i carry out the stress tests on GPU-CPU and monitoring in Win7 by using AIDA64. In OSX I use iStat Menus for monitoring, GPUTest_GUI for GPU stressing and the "yes > /dev/null & yes > /dev/null..." string in Terminal for CPU stressing. (I don't use both GPUTest_GUI and terminal string at the same time since GPUTest_GUI delivers enough heat just by itself to cause throttling)

The throttling occurs when I'm gaming, rendering, or conducting a stress test (either partitions). Apart from throttling, my idle temps are high too. (Fans are not constantly spinning though)

Currently I'm on OSX. CPU usage and peripheral temperatures are as follows :

Continuing this test for more than 1,5 minutes or adding GPU to the stresstest too guarantees a CPU clock of <1.8 ghz...

anyway guys, do we know if the heatsink is active or not? i mean does it have any kind of vapor in it? I'm suspecting the heatsink is the culprit because only the immediate are of the CPU&GPU are hot and the heatpipe is cold in other parts..

I just noticed that changing the fan speed from 2100 rpm to 5900 rpm only helps drop the CPU/GPU temps by 5-7 degrees celsius under a CPU only stress test. Is this something to be taken into consideration? Or is this just how the fans work?

Help us help you. The more complete the description of your problem is (what OS you're using -there's a lot of those, what Application you're using there are many, a full compete description, the text or screen shot of any error messages)'' the more assistance we can provide, and, the sooner we can provide it. You've provided a lot of information about the hardware steps you've taken but no history of why/when this "throttling" occurred(s). You mention Bootcamp so this occurs only under Windows (or is that the only way you use the box)?

I've provided additional info. sorry for not pointing out those points :)

To answer your question" is Apple trying to f me over?", YES. Smokers get blamed for a lot of things but this is pure BS. It was covered. Call Corporate Apple and ask for a supervisor, explain that you were denied rightful warranty work and ask for a "Warranty Exception".

But it seems they have done just that: http://www.zdnet.com/article/apple-to-sm...

but even then, I opened up my macbook and changed the thermal compound. after half a year. I'll think of this as a last resort if any other reccomendations won't work. Thanks for pointing out that possibility too man

Perhaps the biggest issue with the whole sorry story is that Apple's extended warranty service - Applecare - makes no mention in its terms and conditions that the presence of a smoker in the household in which the device is used will render the warranty null and void, an omission which could potentially backfire on Apple should Mac-owning smokers wish to start a class action suit against the company. Here's the discussion on: https://discussions.apple.com/thread/307...

I bet if you walked into that same place and offer them cash to repair your machine you sure wouldn't hear anything about Bio-hazzards.

anyway, i opened up my mac and the only visible smoke/dust related trails were on the bottom case, under the fan exits. I really want to know which one of this components is the culprit on this case of severe throttling so i can fix it myself

i have a macbook pro retina late 2013 with 512gb ssd and 16gb memory in the last 6 months i had the same throttling issues especially gaming in bootcamp i was not able to play games smoothly which i used to play without any problems. Anyway i tried the software solutions mentioned across the internet even some people talking about power problems related with power adapter or programs to decrease the performance of the cpu. After trying all those solutions i couldn't solve the throotling issues so i decided to open up my MacBook and realised that my macbook is surrounded with dust after removing the dust gently i solved the throotling issue. Maybe for some people the issue is board, battery, insufficent power supply but i am sure that if you can't play a game which u used to play without any problems probably your problem is the dust...

I have a similar CPU temp problem, but no throtteling problem (except when sitting outside in the 30C summer sun running high demaning apps). Therefore, I would like to know if your CPU temperature problem (of 104C with 25% CPU usage) has been solved by installing another heatsink?

The solution is to open it up and:

1) Take the heatsink out

2) Clean the old thermal paste from heatsink, CPU and GPU (use the ear cleaning sticks and optionally 99% iso-propyl alcohol)

5) Tighten the heatsink back and enjoy

Temps will be always better under OsX compared to Widndows because Apple has very good optimizations for each chip. Having said that you should be able to sustain 3.3GHz multicore under Windows as well. Check Geekbech score before and after - should be around 12500 points for the 4850HQ model.

Martin - exnihilodub (OP) did clean and refresh the thermal paste. Thats why he posted the question as he had expected the system to have cooled down.

Windows straight up won't access the systems heat management systems (SMC). Using the newer version of BootCamp will make a big difference! In addition the newer versions of Widows are just better.