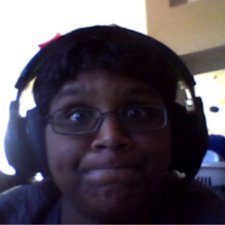 Xbox One turns on then turns off after a few minutes

My Xbox one turns on and I am able to use it for a few minutes, but randomly turns off. I tried playing Destiny and Forza 5, but as soon as the game loads, it shuts off. The last update that it got was the June 2015 update. Sucks, because it broke on the first day of summer vacation. I contacted Microsoft support, but they said I would have to send it in...I want to see if I can fix it before I do that. I have tried to turn it on recently, and when I do there is a system update. I tried to update it, and it starts doing the update. It was almost done but the console shut down on me.

It sounds like it could be overheating. I'd take it apart and clean it out of any dust with some Dust-Off or similar.

If that doesn’t help, try some of the other solutions in the Xbox One Turns Itself Off wiki.

Ok, Thanks! I will have to try this. also when it turns off the power brick turns orange and idk if the console makes this sound or the brick, but it makes a little click right before it turns off

I would assume that's from the device itself rather than the power brick. It is likely the fan coming to a stop or other component. How long have you had it, and in what condition is it kept in? Is there plenty of ventilation in the area?

I have had it for about a year, It is well ventilated, there is no wire around it besides the power, and HDMI.

Wow that's odd. That's my only explanation other than maybe it got damaged over that year? I don't know how well you take care of your Xbox so i don't really know

I would still take it apart. You'd be surprised how much dust can collect in there and it can really fry your mother board if you don't stay on top of it. Even my laptop has to be opened up and cleaned.

This happened with my 360 every once in a while. I just put a fan on my Xbox and put it on an open surface not in like a shelf where is covered.

I spilled milk in my Xbox and I blowed dryed it out and it turns on and stay on for 15 mins then shut off any solutions?

Did you take it apart to dry it? If you did, make sure there is still thermal paste between the cooler and the chip below it. Without that, the CPU/GPU will overheat, and then, of course the xbox will protect itself, and shut down. If you didn't take it apart, I would, and then look for anything resembling milk, corrosion, or burnt components.

@josiah Fixing an xbox one s for my uncle that has this problem. when i took it apart, the underside of the motherboard was covered in what looked like rotten milk or melted ice cream. is q-tips and 91% isopropyl alcohol a good method of cleaning the motherboard? it may be in other components too but i've yet to find any

i spilled milkshake on my xbox

I have the same problem too. It turns on for a few mins. and then suddenly turns off. I am going to take the cover off and clear all dust

my xbox turns on and then shuts off

So I turned on my Xbox 360 and it immediately shut off and turned the power button red, I’m not sure if the previous owner dropped it or anything but the fan is coming on and it is in a ventilated area just not coming on.