A Bad Fan of Mine 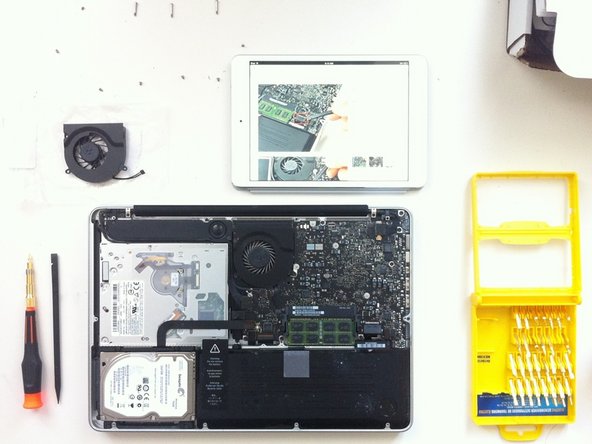 One day, my MacBook Pro mid 2010 model was acting strange. There were times it starting freezing which I thought it was odd. CPU cores were spiking at 100%. Maybe it was the hard drive I thought?

The following day it got even worse...to the point that even typing a single character took 3 seconds for the display to update. Went to the Apple Store and the first "genius" guy told me it was the hard drive because a 'warning' sign appeared during the hardware diagnostic but I felt he wasn't doing it properly. So the following day I went back and got another genius and told him discreetly, "Give me a FULL hardware diagnostic. Turns out, he told me that the warning sign on the hard drive appeared because I was using 3rd party hard drive, the same goes with my 3rd party RAM - this is normal and a non-issue. He discovered the real culprit (where the first genius guy failed to notice) was indeed the fan (I must say he was really thorough and happy with his service).

The dead fan caused all the sensors in the MacBook Pro to go haywire. So I went to you guys and ordered one.

Repair was a complete success. Easy to install and voila, my MacBook Pro is like brand spanking new again.

If your MAC goes wonky, ask for a FULL hardware diagnostic at the Apple Store and pay attention to what is going on. Just because they are Apple specialists doesn't mean they hold all the keys. Saved me $200 from buying a hardware that wasn't even the cause of the problem.