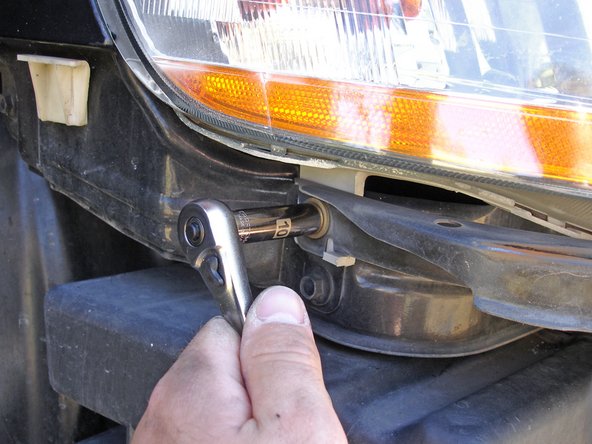 Replace a shattered or fogged headlight unit in your '98-'02 Honda Accord.

On a '98 Honda accord ex, you can get to Step 2 and just change the lights.

i have a 1999 honda accord LX coupe, this guide is more difficult to follow, you can just go in with your bare hands to replace the marker light, you DO NOT HAVE TO REMOVE THE BUMPER! just reach down till you find it and twist it out and replace and put it back, this guide made it sound harder then it was, but its pretty easy. You will need the right bulb of course, but its so easy to replace then removing the entire bumper.

This is for actually replacing the glass part of headlight, not just the bulb!

I don't see how you could get it out WITHOUT removing bumper. I have scoped it out on my 01, and it sure looks like the bumper gets in the way of getting to the bolts underneath the light.

Why do my Blinkers and brake and. Dash – lights work but tail lights and headlights won't work on a 2000 Honda Accord