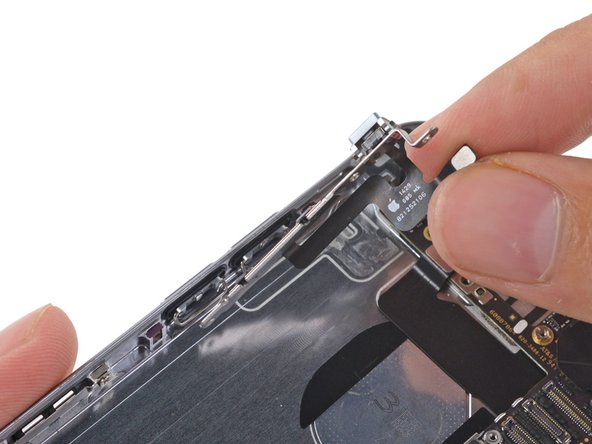 Use this guide to replace a malfunctioning volume control cable—this includes the electronic switches responsible for volume up and down, and the ring/silent control.

If you're looking to replace the physical button covers, we have a guide for that too: Remplacement des boutons de contrôle du volume d'un iPhone 6

These instructions are so AWESOME to be able to reference! That last 1.8mm screw was a pain to get out of my phone. Step-by-Step, worked EXCELLENT. Thanks for posting these!

TRICKY BITS: replacing the mute switch lever onto the cable assembly is a bit…interesting. It was only when I used the Head Magnifier that I was able to see the mechanics of the switch and fit it on. There needs to be a seriously microscopic shot of that mechanical fit!

But, get the magnifier, it’s great for digging out splinters from your fingers.

SUGGESTION: Once you get the switch and the bracket situated, but before you stick the control cable to the case, make sure the switch functions. I had to loosen the three screws and place pressure on the assembly, holding the switch firmly in place, before it made a solid fit-then I tightened the three screws. Voila, the switch works!

Only then should did I bond the cable to the case