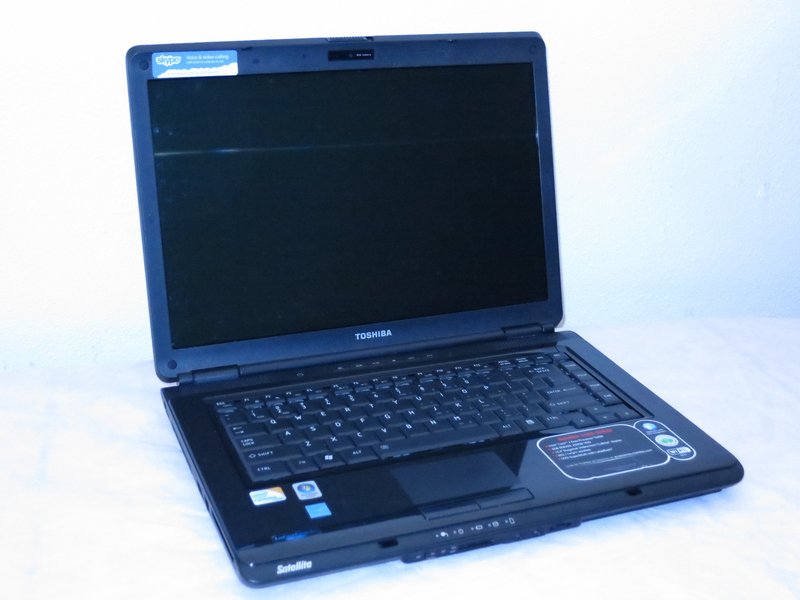 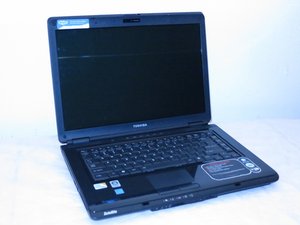 **Note to reader: this troubleshooting guide will only cover hardware-side issues. If problems persist that are software-oriented, seek help from one of our external links on the device page**

Back to the device page.

The laptop does not turn on

Upon pressing the power button the computer remains powered down.

The battery is disconnected or drained

We often tend to overlook the simplest answers. First make sure that your battery is charged and inserted properly.

The battery is damaged

The power jack is damaged

The screen shows lines of code, but the operating system does not load

The laptop turns on, but when the system would otherwise boot normally, the screen displays nonsensical code, and the operating system does not load. This often leads to immediate shutdown.

The hard drive has failed

Testing for a faulty hard drive can be difficult. Remove the hard drive from the laptop and connect it to a working computer. If the computer cannot read the hard drive, you will need to replace the hard drive. If the hard drive is readable by the other computer, the issue is likely software-related, and you should consult one of our external links on the main device page.

The operating system is corrupted or infected

If there are no problems with the hard drive, then the files stored on the hard drive may be corrupt. In this case, you may want to first back up your files and revert to a previous state using Windows System Restore. If you have not previously backed up your computer, or if the System Restore is unsuccessful, you will need to restore the computer to factory default settings using the Windows Restore disks. For more information on restoring your computer files, see the links under "Additional Information" on the device page.

The screen is blank but the computer is on

The laptop turns on, shown by a lit indicator LED, but the screen does not respond and remains blank.

The LCD screen is damaged

If you can see physical damage to your LCD screen (cracks, scratches, etc.), and it is not displaying information properly or is completely blank, you will need to replace the screen.

The graphical processing unit is damaged

The graphical processing unit (GPU) may be the problem source. To check this, simply connect an external monitor to the blue VGA port located on the left side of the laptop. If the monitor does not display successfully, the GPU is damaged. As with most laptops, the GPU is a component of the motherboard, so you will have to replace the motherboard. In this case, you should first back up any information you have saved on your computer, if possible.

The computer freezes and shuts down abruptly

The laptop freezes and/or shuts down during use. It may briefly display a warning on-screen before shutdown indicating critical internal heat levels. You may smell a distinct burnt-metal odor coming from the vents/heat sinks. These are signs that the computer has overheated and shut down to prevent damage.

The cooling fan is obstructed by dust

Over time, computer cooling vents inevitably collect dust. If enough dust accumulates, it traps heat in the computer, resulting in overheating. Look over the vent and cooling fan area. If dust blocks the majority of the vent, first use a compressed air can to blow the obstruction free. If the fan is still not functioning properly, open up the computer and remove the fan to clean it further.

The cooling fan is not running

If no dust obstructs the vent or fan, the cooling fan itself may be faulty and in need of replacement. To check the functionality of the fan, open up the computer and remove the fan. Check the fan's wired connections; if a connection is loose, make sure to firmly reinsert it into the correct port. If the fan still does not operate, you may have to replace the fan. A driver for the fan may also be at fault; check the "additional information" section for links on how to repair device drivers.

The computer is using maximum memory

Occasionally the laptop may freeze and suddenly shut down due to extreme memory usage. Programs that require a large amount of RAM to operate tend to heat up the computer quickly. Make sure you are not running too many programs at the same time. Alternatively, consider installing more RAM to accommodate more active programs.

The laptop locks up momentarily but remains powered-on. The computer often returns to full operation shortly.

The housing is improperly grounded

There is a common issue with the L305-S5946 model that causes the laptop to lock up when you touch the computer housing immediately surrounding the speaker areas. This is due to a manufacturer error in the electrical grounding of the housing. This problem can be resolved by contacting Toshiba's customer service for this model. See the "Additional Information" links on the device page for more information.

The computer is using maximum memory

The laptop may occasionally freeze due to extreme memory usage. If the computer only freezes temporarily, then overheating is not the problem, but the solutions are the same. Make sure you are not running too many programs at the same time. Alternatively, consider installing more RAM to accommodate more active programs.

The laptop keys stick when pressed or are unresponsive

The laptop's keys tend to "stick" when pressed down, are overly sensitive to touch, or do not respond when pressed.

The keys are obstructed and/or dirty

If areas of the keyboard remain pressed after you lift your finger or enter multiple keystrokes per press, they may simply require cleaning. Turn off your computer and disconnect it from power before cleaning the keyboard. First, clean around the keys using a can of compressed air. Then, use a cotton swab dipped in cleaning fluid to clear away any remaining surface obstructions. Finally, dry the keyboard with a lint-free cloth. Test the keys again; if they still feel unresponsive, there could be obstructions underneath the keys. In this case, you will have to replace the keyboard.

The rubber stoppers underneath the keys are damaged

If, after cleaning, the keys still seem unresponsive, observe the rubber stopper supporting each key. If it appears damaged or does not spring back up when pressed in, you will need to replace the keyboard.