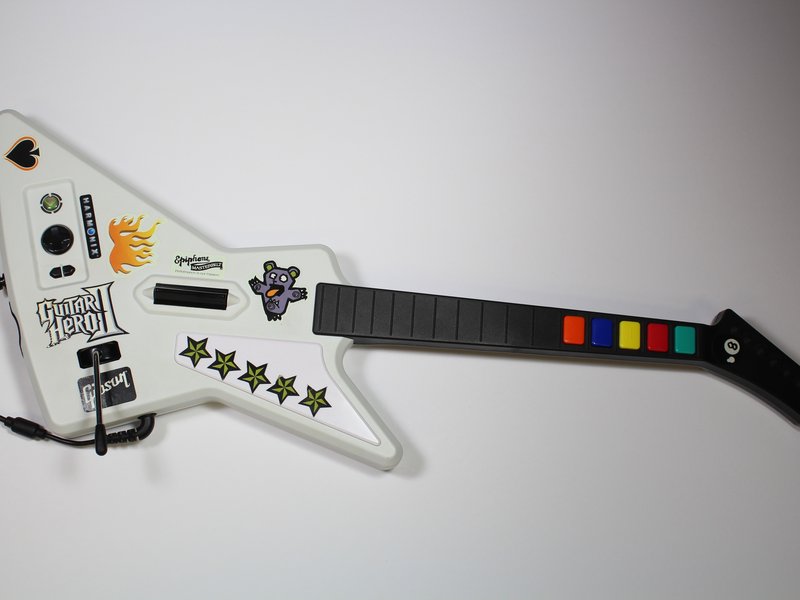 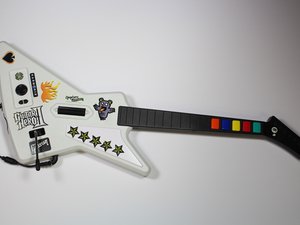 For any additional help, see the troubleshooting page.

This device can be identified by the white body with sharp angles and a long black neck.

The controllers with the model numbers of 95065 and 95055 were recalled by Activision due to unresponsive whammy bars.