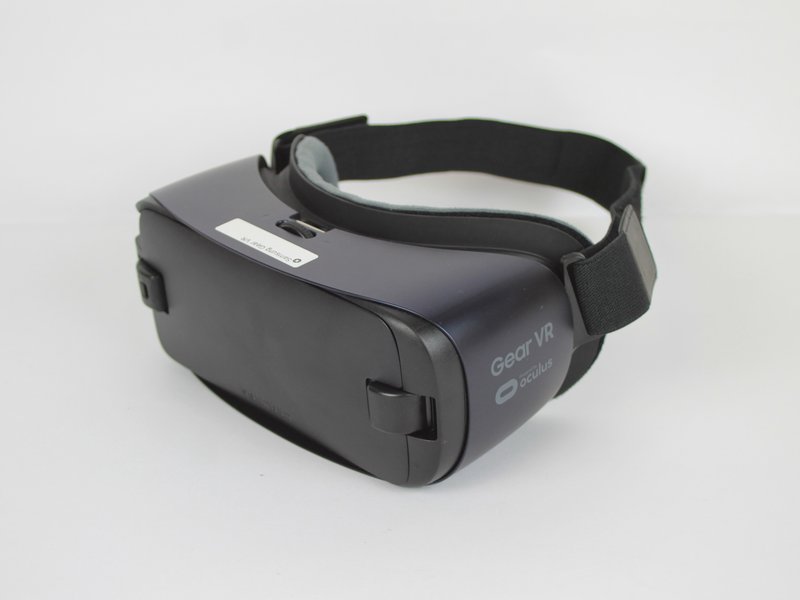 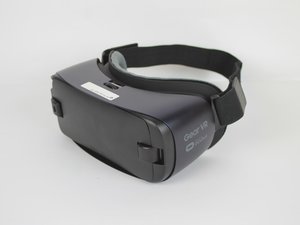 For help getting the device working, please reference the Troubleshooting Page

The Samsung Gear VR (SMR323NBKAXAR) is a virtual reality headset first released in 2016 for use with the Samsung Galaxy S7, Galaxy S7 edge, Galaxy Note 5, Galaxy S6, Galaxy S6 edge, and Galaxy S6 edge+. The device is a glossy black color with grey foam padding and a velcro strap. From the vantage point of the grey padding facing the viewer the device has a focus scroll wheel on top, a trackpad, navigation buttons on the right, and Gear VR powered by Oculus on the the left. On the opposite side the device has a removable cover, underneath which the device’s model and serial number is listed in the bottom middle of the device.

This device replaced Samsung’s 2015 Gear VR device, with the most noticeable difference between the two being that the 2015 model is a glossy white color. The 2016 model has been replaced by Samsung’s 2017 model, and while the two are visually similar the 2017 model fits the S8 and S8+ phones.