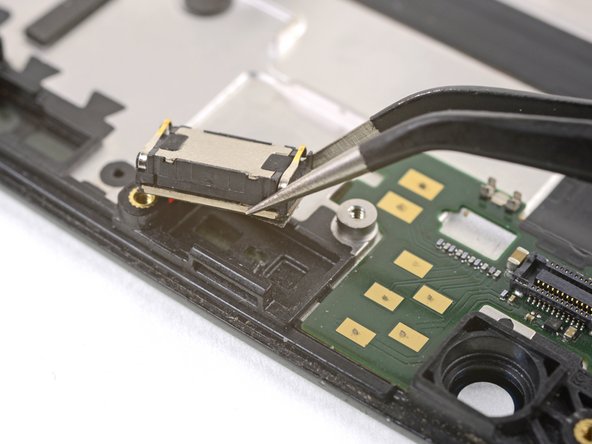 Follow this guide to replace your Droid's broken earpiece speaker.

I replaced my earpiece speaker but the volume is still extremely low. My headphones jack output is also very low when I plug it into and external speaker. Before this happened, This all started after I accidentally got some water on my phone but not enough to drench it. My speaker first sounded distorted when making a phone call and now the volume is so low that I can just barely hear it. Definitely too low to converse with someone. Is the fault in my motherboard? I've cleaned up all the obvious grounding points in my phone. Not sure what else I can check. Thinking about completely disassembling, replacing the ear speaker again doing a hard reset and if all those fail replace the phone. Any thoughts?