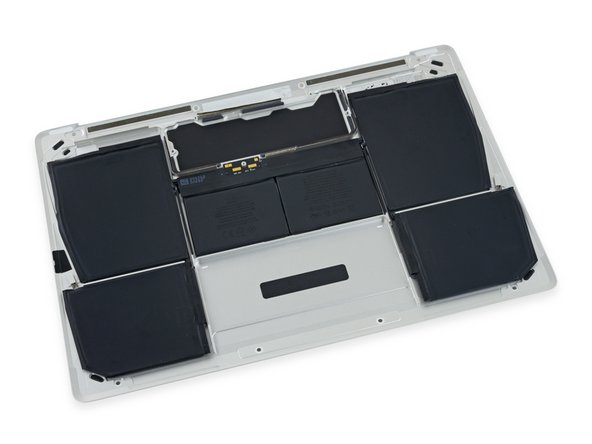 Use this guide to replace your Retina MacBook 2017's lower case assembly together with the battery as a single unit.

The battery is strongly glued into place and removing it from the lower case is beyond the scope of this guide, but it may be removed with a liquid solvent and gentle prying.