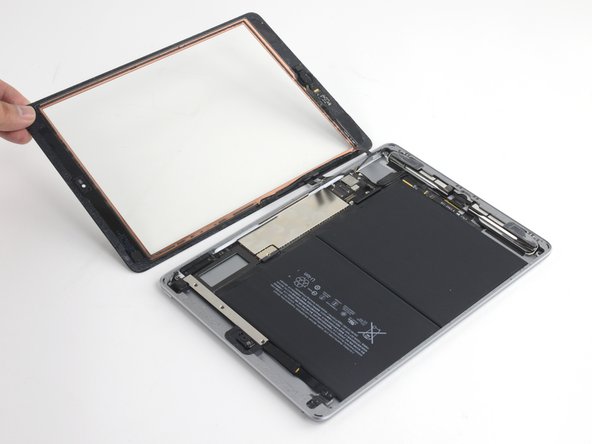 Use this guide to replace the front glass and digitizer assembly on an iPad 6.

Note that since the Touch ID sensor in the home button is paired to the logic board, this guide includes instructions for removing the home button. In order to retain Touch ID functionality, you need to transfer the original home button to the new front panel assembly.

does the front panel of the ipad5 fit here?

The display connectors on the iPad 5 and iPad 6 are at different angles and not directly compatible with each other. We have not yet tried to force the connectors from an iPad 6 display onto an iPad 5 and vice versa to see what happened.

iPad Air and iPad 5 digitiser are same. I have changed some digitiser on iPad 5.

Sorry for the confusion! I meant the digitizer connectors are different, not the LCD. You can see it in these pictures: iPad 5 vs iPad 6.

Thank you for providing the walk-through. I was able to follow it and complete the repair without issue.