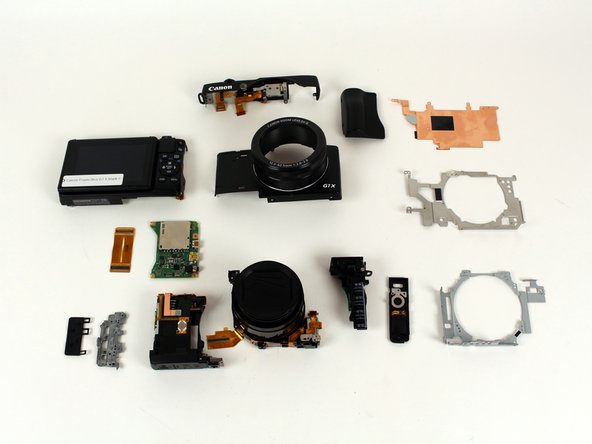 This guide gives directions on how to completely disassemble the Canon PowerShot G1 X Mark II into its major components.

Surely these are JIS screws not Phillips. A Phillips screwdriver will chew the heads up.

I have an LCD display problem and would like to disassemble it, the guide does not cover anything to do with the LDC assembly, otherwise a very good guide. I’ll attempt it anyway once I feel like a risk.