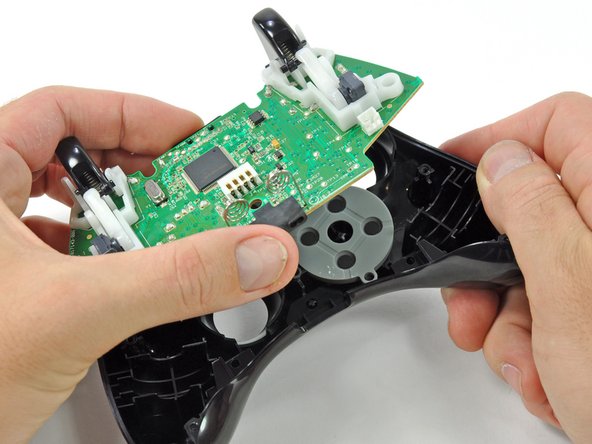 Get back to your gaming by replacing your Xbox 360 wireless controllers logic board.

Does it matter which side the motors are returned to? I think I may have swapped positions with my two motors.

Any guides for troubleshooting the test points on the board as to determine why the left trigger doesn't aim during gameplay? I've replaced the potentiometer with a brand new one but still nothing, everything else works perfectly …thoughts?

I don't need a removal guide I need a diagram that shows me how to put the trigger on a button on top so a child with deformed fingers can use it. The triggers apparently have hall type sensors.

The logic board won't come out, and I don't want to force it out. Any ideas on how to take it out?