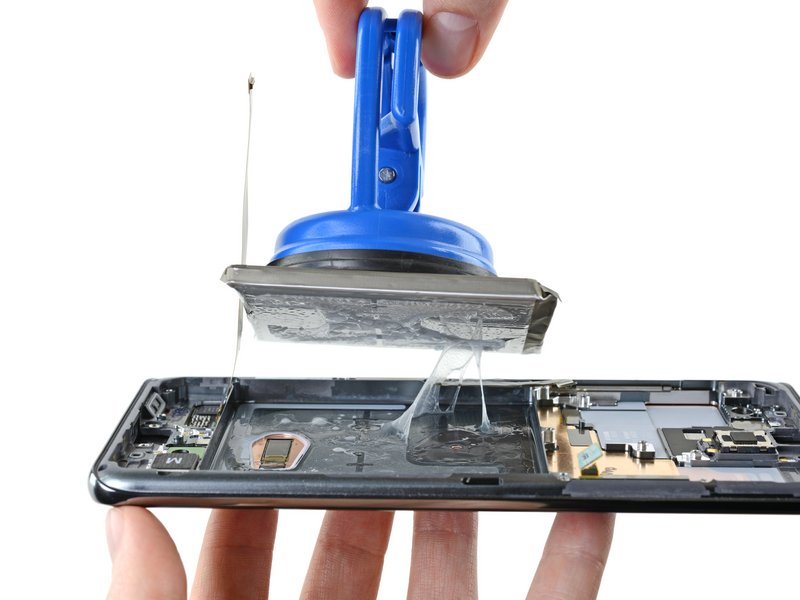 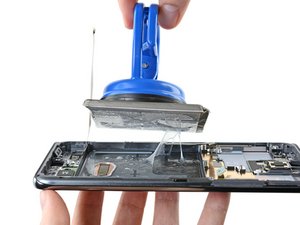 Samsung Galaxy S20 Will Not Turn On

Solve any issues you may be having with your Samsung Galaxy S20 not turning on with this solution page full of common causes and how to fix them.

If you are having issues with your Samsung Galaxy S20 not turning on or responding to input from the power button, this problem page will help you get your phone back up and running in no time!

It’s a well known fact that phones need power from the battery to operate. While usually your phone will alert you to a low battery with a prompt on the screen when you attempt to turn it on, if the battery level drops low enough there may not be enough juice to power the screen—even briefly. An excessively low battery may be causing your phone to remain unresponsive when holding the power button. To fix the issue, simply charge your phone for at least 10 minutes before attempting to turn the phone back on.

Tip: Be sure to check that your cable, charging block, and outlet are all functional before ruling out simple discharge as the culprit. You can try plugging in another USB-C device to make sure that the setup is getting power if you suspect that one of these components may be dysfunctional.

If the problem with your phone seems to have occurred for no reason (i.e. you didn’t drop it or expose it to extreme conditions), it’s likely due to a problem with the phone’s software. You can perform a force reset on your phone to escape from a bad firmware loop. To force reset your Galaxy S20:

If this solution works for you, it’s likely that your issue was simply a software blip and your phone should continue to function normally. If you didn’t have any luck with a force reset, your issue may stem from a hardware malfunction. Time to get your hands dirty!

Lithium Ion batteries like the one found in your Galaxy S20 are only rated for around 400-500 charge cycles before the battery capacity degrades to 80%. For most regular users, this will happen at the 1-1.5 year mark, at which the user will notice that their battery holds less charge and takes longer to reach a full charge. However, at around 50-60% capacity, the battery will start to fail to hold a useful charge and may even struggle with providing adequate power to handle the performance of the phone. If you’ve been using your phone for 2-3+ years and have amassed a thousand or more charge cycles, your phone may have trouble starting the hardware up, even when fully charged.

You can check for battery issues by seeing if your phone turns on while plugged in. If your phone does turn on while connected to a power source, you can check the battery on your Samsung Galaxy S20 by following these steps:

Additionally, lithium-ion batteries like the one in your Galaxy S20 don’t like to be kept at the extreme ends of their charge range (fully-charged or fully-discharged) for long periods of time. If you’ve kept your phone’s battery at one of these extremes (especially fully discharged) for multiple weeks or months, this may have degraded the battery life significantly, even if your charge cycle count is relatively low. 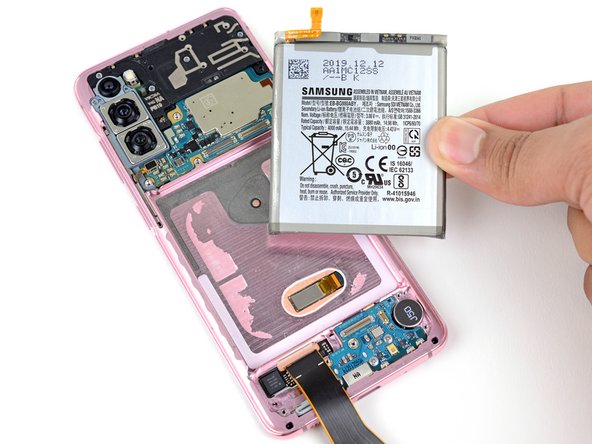 If you do find that your battery has degraded significantly, you can replace it to restore your phone to its former glory using this Samsung Galaxy S20 Battery Replacement Guide

The screen of the phone is responsible for displaying the user interface, and because it controls most of the input/output for the phone, a faulty screen may be mistaken for the phone not turning on.

If the phone was recently dropped and the screen is visibly damaged, a screen replacement may return the phone to working condition. However, you can test this by plugging the phone into an external display if possible. If you get an output on the external display, it means that your phone is still turning on, but the display is busted.

Another way to test for a damaged screen is to use a usb ammeter to confirm that the phone’s charging port is still functional, which confirms that the internals of the phone are still functional and points to an issue with the screen.

You can replace the screen by following this Samsung Galaxy S20 Screen Replacement Guide.

If none of the above solutions was able to turn your Samsung Galaxy S20 back on, the issue may be with the main circuit board of the phone. The motherboard controls most of the phone’s functionality, handling input sent in from the screen and buttons and processing it to produce the desired outcome. Also contained on the motherboard are the phone’s Qualcomm Snapdragon 865 SoC (system-on-a-chip), RAM module, flash storage, and 5G modem, among several other chips.

Typically, the motherboard only goes bad when it experiences a significant impact, exposure to water, extreme temperatures, or when the BIOS settings are changed (like when a root attempt is unsuccessful). If you suspect any of the above have damaged your motherboard, you may need to replace it to regain functionality for your phone. You can replace your Galaxy S20 motherboard using this nifty Samsung Galaxy S20 Motherboard Replacement Guide.

No power on any solution please

No power on solution please

I've tried to unlock by holding low volume and power buttons. The home screen comes on, but won't unlock. It says no sim, no service and won't swipe to open. This is 2nd time this has happened. Only had 1 month. Bought renewed on Amazon. What do I try next?