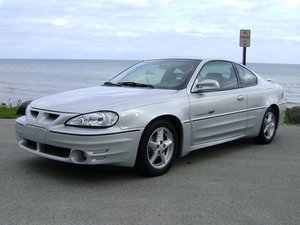 Why does my car shake?

what would make my car to shake ?

My car also shakes really bad in drive, but stops when I accelerate(2005 pontiac grand am)

03 pontiac grand am se 3.4 v6...is has bad vibratiin i front when breaks applied...breaks and egr has been replaced recently...can someone help me pin point problem has been told it could be rotors...bearings...drive axle...tirods...thank u

I have a 2005 Pontiac Grand Am with 200000 miles on it. Recently I have been getting bad vibrations when driving, especially at acceleration. It started with just when the car was at idle or when I just started driving. So if you have that issue, fix it as soon as you can. I had replaced a EGR valve. My car was giving me engine codes for it and the Mass Air Control. THe MAC code went away after. The shaking continued but was less aggressive. I know now, that this issue is either caused by a bad fuel injector or a bad spark plug causing my random misfiring cylinder. Fix ASAP so you don't lock up your engine. I am ASE Certified in Engine Repair, so I hope this assists someone having the same issues I had experienced (: