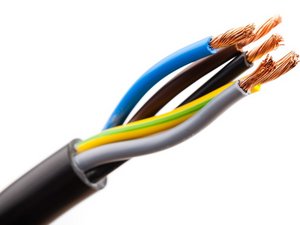 Repair guides and support for a wide range of electric circuits.

How to get electric to the outlet

No power to the outlet. What should I do to repair it.

What type of outlet is it? A wall outlet? What is the voltage on your power grid? Did anything happen to your outlet? Give us a bit more information so we can help you.

It is just a house outlet, 110 volt I guess. One day, we just didnt have any power to the outlet. I replaced the outlet and still no power. I am not sure just how to trace the problem from here. Thanks

Ralph, is it just that one outlet? If it is only one, it most likely is not the fuse/breaker but the outlet itself. Can you find the fuse/breaker panel? Do you have a voltmeter or multimeter? What did you have plugged into it and where is the outlet? Bathroom/kitchen or any other room? How old is the house. It is possible that your wiring has become faulty.The older houses used aluminium wiring, which causes problems now. If you get not power at all, but it is only a single outlet, check the junction box where the wire goes to. Make sure that your outlet is not controlled by a switch. Again, some of the older homes had a few outlets that were controlled by a switch.

If you have a multimeter /voltmeter, turn it to AC Volts, 200V + range. In the US you should have a reading of 120V between hot and neutral, 120V between hot and ground, and 0V between neutral and ground. If you look at the outlet, you should see that there is a narrow prong, which is consider the "hot" prong, the wide prong is the "neutral" and the round prong is ground. Don't set your meter to current or you will ruin it. Check this video for the wiring of your outlet. This video will show you how to replace it. and always remember, SAFETY FIRST so you can measure it the way it is, BUT if you work on it....TURN THE POWER OFF.....If in doubt, get a licensed electrician to help you. Hope this helps a bit. Good Luck

This only works if you know which circuit breaker controls the failed outlet. You would know if you have previoulsy worked on this outlet. Shut off that breaker and find all the outlets and light that is now offline. Then from this list, pick the outlet or light switch that is closest to the failed outlet. That is probably the upstream junction. Probably. You may have to guess again.

If you don't know which breaker controls this outlet, use the AC Volts settings of a multimeter to probe the failed outlet. Measure hot and ground, since we already know hot-neutral does not work. If the meter moves, even if just a small amount (e.g. 3Volts), you're in luck. Go shut off the breakers one at a time until the voltage disappears. Now you can use method 1.

Theoretically, the low voltage reading could be an induced voltage coming from an ajacent circuit, so the breaker you shut off using this method may be the wrong one. But it's worth a try; just proceed with caution. A cheap analog multi meter is less susceptible to induced voltage than a digital meter.

There are devices you can plug into the failed outlet that would inject a radio signal into the wires that can be picked up by a paired receiver through the wall. This allows you to follow the wiring directly to the upstream junction. Lookup "wiring tracer", "circuit breaker tracer", "wiring tracker", etc.

If you cannot use the methods above, you basically have to guess. Pick the next closest outlet, shut off the breaker, and inspect the wiring in that outlet. If there's nothing wrong, pick another outlet or switch.

Have you checked the breaker? I assume you found the breaker and turned it off when you changed the outlet, but you didn't mention it.

If no breakers are popped, you may want to check to see if this outlet is tied to a gfci outlet. It could be that the gfci needs to be reset.

May be its a fuse and not a breaker:-) Remember the old glass fuses that needed to be changed....