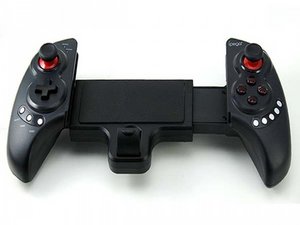 Hi, I wanted to update my firmware to the newer version that supports xinput over USB on pc. I downloaded the flashtool from ipega's website. It suggested holding L3 and plugging in the usb to enter "flash mode". This didn't work with my 9023, so after a bit of googling it seemed I had an even older version where the flash mode was entered by pressing start + select and plugging in the usb.

This worked, and I installed the driver for the Weltrend WT6573F chip that is on the board (had to allow unsigned drivers - tricky!) which also enumerated correctly. BUT the firmware flasher didn't recognise this old version of the gamepad as a 9023 and refused to flash.

I then did something a bit silly, and downloaded a flash tool for a different controller "AnduoidUpdate.exe" along with a firmware .psp file for the 9021 controller.

Then, thinking I was oh so clever, used 7-zip to unpack the 9023 updater exe, stupidly renamed a likely looking file with ".psp" suffix and proceded to flash the chip.

Result: dead dead dead - doesn't even enumerate - and won't enter dfu mode no matter what button combo. No LED flash. nuthin. and the "reset" button does nothing too. :(

Sooooo, my question is, if possible, which testpoint on the board do I short to ground (or to 3.3 volt???) to re-enter DFU mode on the WT6573F (64 pin package), bypassing the button press nonsense?

or am I now out of luck as I've written a very very corrupt oversize file to the internal flash and who knows what it's done to the chip!?

(there are NO datasheets with pinouts for this particular chip anywhere I can find on the web. It's used in a couple of game controllers and mice.)