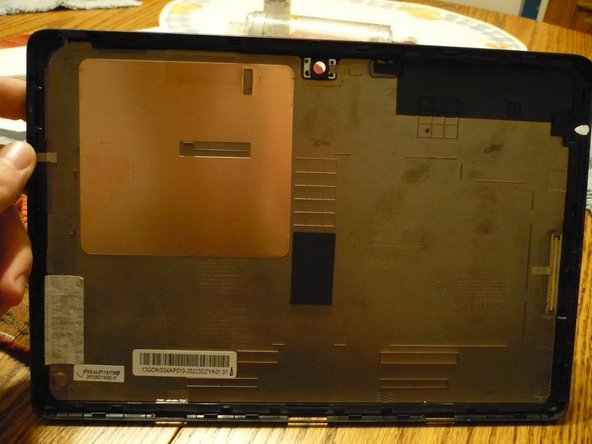 I did this to replace part of the screen assembly.

It's not as detailed as it should be, but I hope it will help you out a bit /give you an idea of what you are doing.

Make sure to read the entire guide before starting to give yourself an idea of what's where etc.

There are several fragile connectors and ribbon cables. You also do not want to pry the copper heatsink off of the processor.

Hope this helped a bit.

I Could not find a guide, so I figured I'd make my own.

Hope this helped a bit.

I Could not find a guide, so I figured I'd make my own.

How can i take off the digitizer from the LCD ? I cant take it off ?

The digitizer is the whole front panel. The LCD is sandwiched between that and the backlight. (The big white panel)

Around the edge, the backlight sort of clips into the frame. Try using a small blade screwdriver to pop the clips.

OK i found the problem an done the rest but the tablet didnt start. I think ther is a problem with the cabel´s but i can´t find it. When i push 2 cabels on the backside the screen works but the Touch didn´t work . What is the Problem ? I have buyed this Part

Did you connect the ribbon cables to the main board?

Yes i connected the ribbon cabels to the Mainboard. I think one cabel is damaged . It is possibel that the cabels from the digitizer are not working , because the LCD is working when i push on one connector but the digitizer doesnt work .