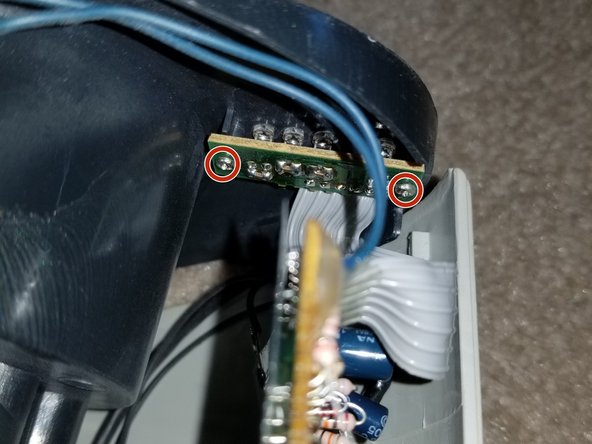 I'm replacing the blue OEM LEDs for green LEDs. I have two reasons for doing this but I believe number 2 will be the most compelling reason for a person to do this.

1) Blue light is bad for your eyes. I won't go into specifics on why. Do your own research. My device is in a bedroom and at night the blue light can be an annoyance.

2) Blue light attracts bugs which makes the device prone to attracting mosquitoes and other annoying insects.

THIS GUIDE PICKS UP FROM STEP 3 OF THE DISASSEMBLY GUIDE.