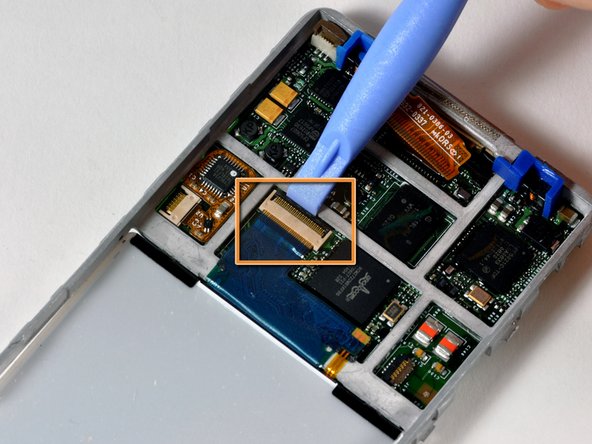 Instructions on how to replace the iPod Video's display.

I can't believe it worked, but it did. I finally can see what songs I want to play instead of mystery music! When it comes to releasing the battery ribbon, as well as reconnecting it, a picture of how far in the ribbon goes would be very useful. Thank you!!!

I've had this ipod since i was about 12 when it came out in 2005. The other day I dropped it and the screen went half black. So, I ordered a new screen, and got it within 4 days (as promised). From sit down to finish time, it was about 15 min. But, I have also put my own hard-drive, and battery in the iPod as well so I am very familiar with the inside. The screen works great and I am very impressed. I will definitely continue to use this site.

Completed an install of a new LCD screen in about 20 minutes, with no hitches. Great instructions, thanks!

Excellent guide. Very happy with the guide, the part, and the successful repair result.