Thank you very much, regards

the current one is 6GBps , check attached screenshot , as you can see there is also nvme express but it is not exist 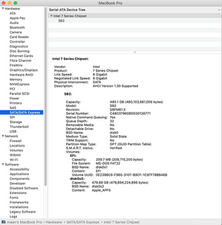 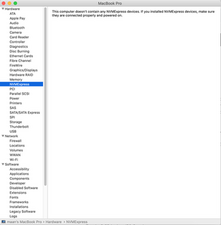 I have a few of these in my dead drawer! Between the slow mSATA SSD (3.0 Gb/s or 6.0 Gb/s on the newer drives) they also tends to die when the drive is overly full.

I strongly recommend sticking with one of the Apple custom SSD’s as they will give you better performance (6.0 Gb/s). In any case You are limited to the Apples custom mSATA/AHCI drives as this system does not have the logic to support PCIe/NVMe drives.

As far as upgrading the logic board you are limited to what this system physically can support which is still just another mSATA/AHCI logic board. MacBookPro10,2

This is what the SATA Express & PCIe interface offers. The Red path is all you have in this system. 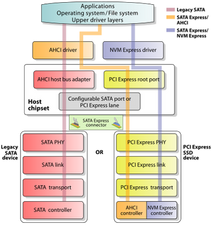 While Apple’s interface is a bit different physically and they added a few extra lines its basically the same.