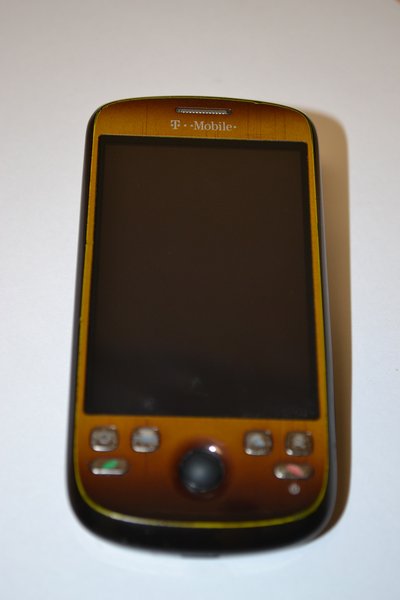 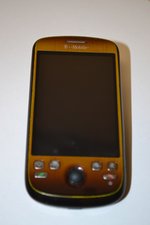 myTouch is Frozen On

The device freezes at an image of what you last did and unresponsive to any of your current commands.

Restarting the phone would usually solve the issue. If the power button does not work, try removing and reinserting the battery. Then try turning the device back on.

If the phone is still unresponsive. Restarting the phone is not working: either it keeps shutting down, or it is stuck at the HTC start-up screen. Then the phone may require a hard reset.

Note: All data on HTC myTouch 3G will be deleted during the hard reset. Data on microSD card will not be deleted.

Please refer to the HTC community hard reset guide, or read the brief steps below.

A shattered or broken screen should not mean a shattered heart. There is still hope for the phone.

A new LCD display screen is usually needed when images are not displayed correctly, or if the phone has recently been dropped causing the display to go completely white or leaking ink splashes.

A replacement myTouch 3G screen is not expensive. Once a new part is ordered, remove the defective or broken screen and replace it with a new screen.

Physical Damage to Glass or to Touch Screen

If there is noticeable damage to the glass digitizer (outside glass), or if touch screen functions do not operate as wanted; then it needs to be replaced.

The glass digitizer is usually cheaper than the LCD display screen, and can also be replaced by opening up the phone.

In-call volume on the other end is low

The person on the other end of the line can barely hear you.

The other cause may be due to bad signal on either ends of the line during conversation. This can also cause choppy sound quality.

Try contacting your phone service provider, or taking a phone call outside instead of inside a building.

If low or no signal persists, consider replacing the antenna of the myTouch 3G.

If there are frequent comments about your voice seeming distant or faint, then the microphone should be the problem. All that is left is to determine if your microphone needs replacing. This can be determined by testing the microphone after cleaning it first. If problem persists, then microphone may be damaged.

Open up the phone to clean the microphone, or replace it.

The trackball on your phone is now just a fun finger treadmill.

The trackball has a darker shade than from when it was first received. Also, dirt particles can be spotted around the trackball housing area. The dirt can impede the readability of the movements by the trackball onto the phone.

Open up the phone and clean it gently.

After the trackball was cleaned, the phone is still not reading the trackball movements. The trackball component can be faulty or broken, so it needs to be replaced; unless, you like those finger exercises.